This article is about the limited 5★

Abigail Williams. For the Summer 5★

Upgrades after Rank Up 1. Released during Imaginary Scramble Pre-Release Campaign. 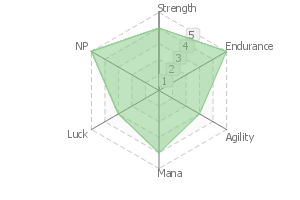