Adventure of Singing Pumpkin Castle ~Mad Party 2015 (JP)/2017 (EN)~ is a limited-time event celebrating Halloween, that is located at Pleasure Castle Csejte. Orleans must be cleared before players can participate in this event. It features an original story written by Kinoko Nasu and Yuichiro Higashide, and clearing the main quest line in the event earns you the limited 4★ Caster

Aside from the event's main quests, Party Time Quests appear at 12:00 and 20:00 UTC every day, and Surprise Quests appear at certain times of the day, shown hidden on the event map's background. (e.g. 22 indicates that a Surprise quest will show up at 22:00 (10pm) that day.) These are one-time quests that stay until the end of the event. and disappear once they are completed.

Party Quests: Use CEs that boost

You can increase the number of event items that drop by equipping the new Craft Essences introduced in the event: 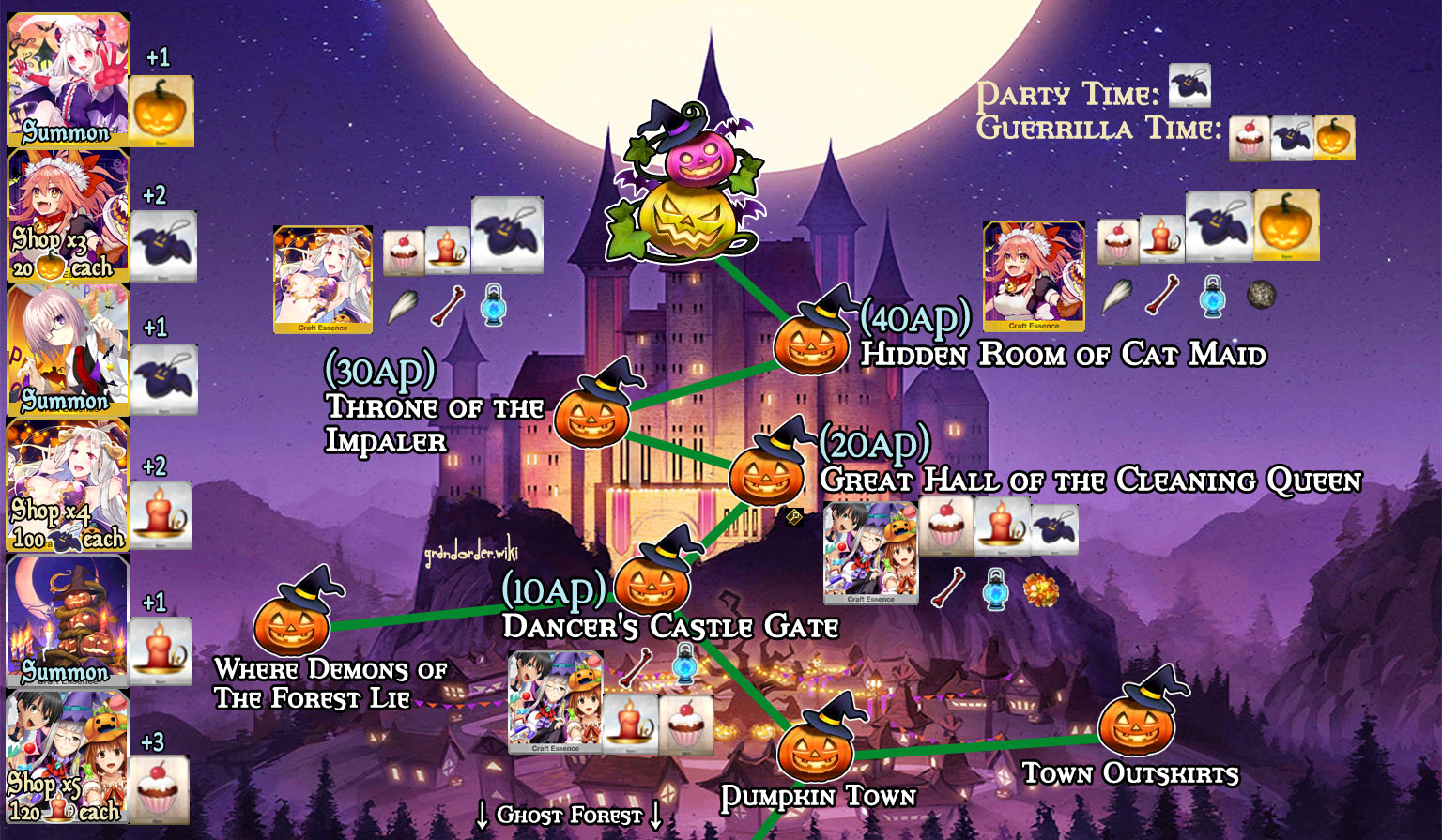 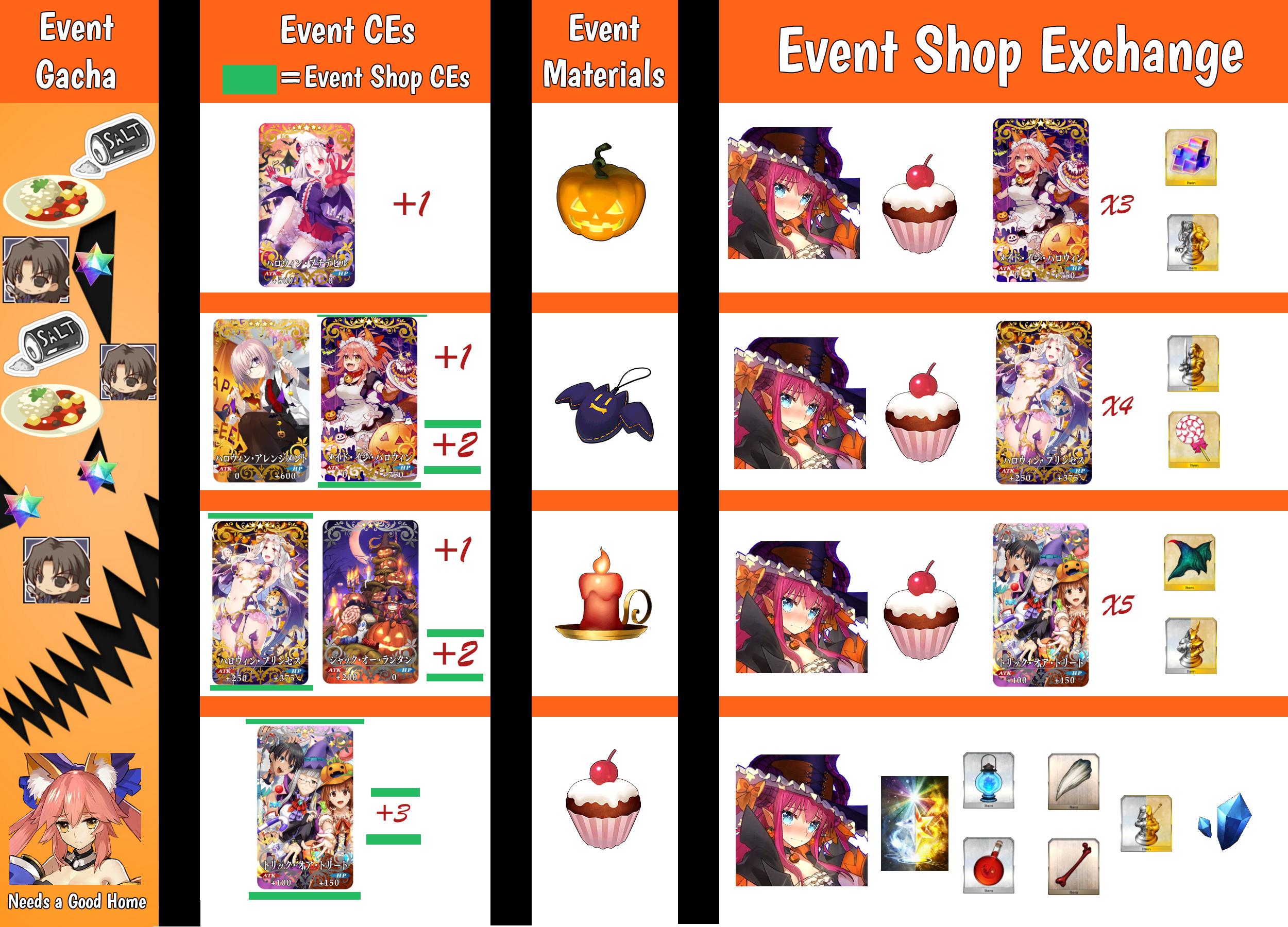 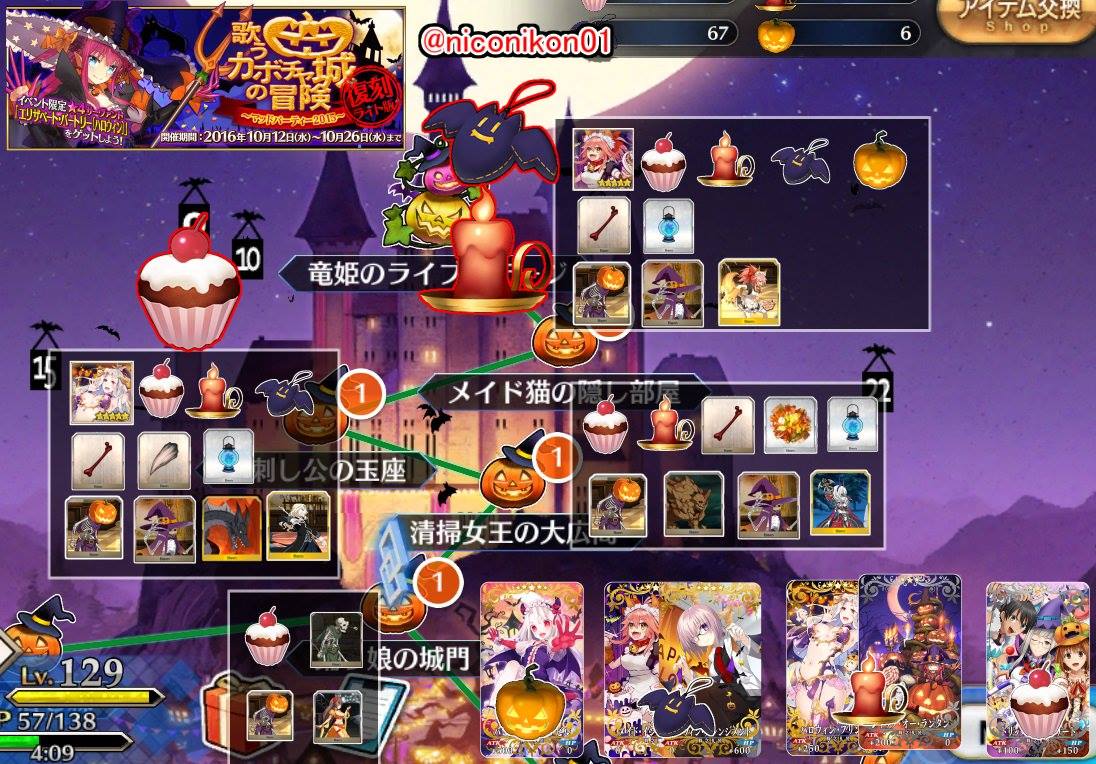 Event craft essences are in the pool for this summoning campaign. Draw rates for the following servants have been increased for the duration of the event:

Surprise quests were called Guerrilla quests in the JP event. Instead of being one-off quests, they were initially meant to be repeatable within an hour's timeslots, at the stated times on the map. However, this resulted in server issues at the specific times, and player confusion. Following the emergency maintenance ending on 2015, October 23, 01:00 JST, the time limitation was removed and Party Time and Surprise quests became single-clear quests that will appear at the specified times and may be completed any time before the end of the event. The times stated below are the Party and Guerrilla quest times in the JP run of the event.

"Many lively Servants have arrived at the Pumpkin Castle. What kind of Halloween Party awaits them?
The Adventure of Singing Pumpkin Castle ~Mad Party 2017~ is coming October 17th!