Amazoness Dot Com is the second edition of the 'Tower Climbing' events. you advance in the event by clearing quests, awarding various useful materials
Upcoming
/
Current
/
Past

Obtained as a Conquest Reward.

Given out for clearing a certain number of Levels in the Event.

The Spiritron Dress Amazones CEO Set can be unlocked by completing the event's Epilogue. 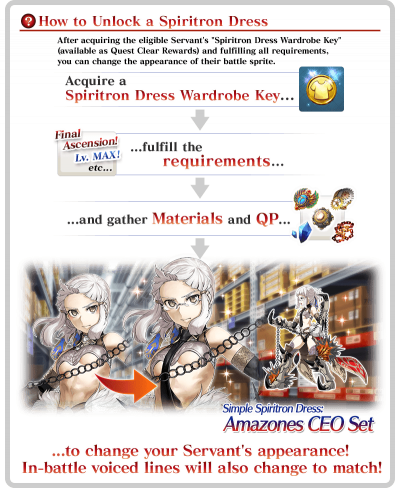