This article is for the Servant Anastasia. For the Part 2 location, see Quests/Anastasia. 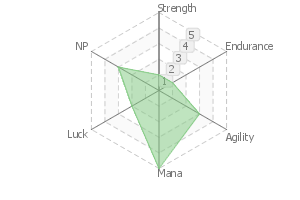