Katsushika Hokusai. For the 4★ 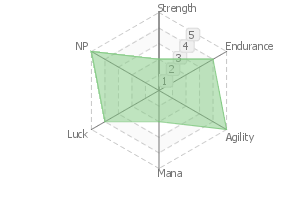