Merry Christmas from the Underworld

Merry Christmas from the Underworld is the 2017/2019 event celebrating Christmas. Masters must complete Babylonia to be able to participate in this event, which features a scenario written by Kinoko Nasu. Completing the Eighth Night quest (which opens up on 2017-12-20 18:00 JST) unlocks the option to exchange 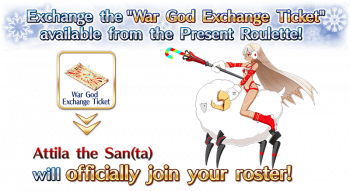 Drop Information is needed! If you have any to submit, please feel free to modify the Drop page, write something in this event's talk page, or ask in #editors on the Discord if unsure.

The below servants have a bonus to drops during the event. ※ On December 9 at 22:00 JST, the "next event target" filter was added to the servant selection and servant enhancement screens, so they can be found easily. 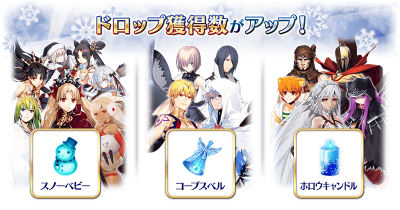 For Box 11 and beyond, the whole box must be emptied before it can be reset. Because of the valuable items within each box, it is often recommended to go through as many boxes as you can. 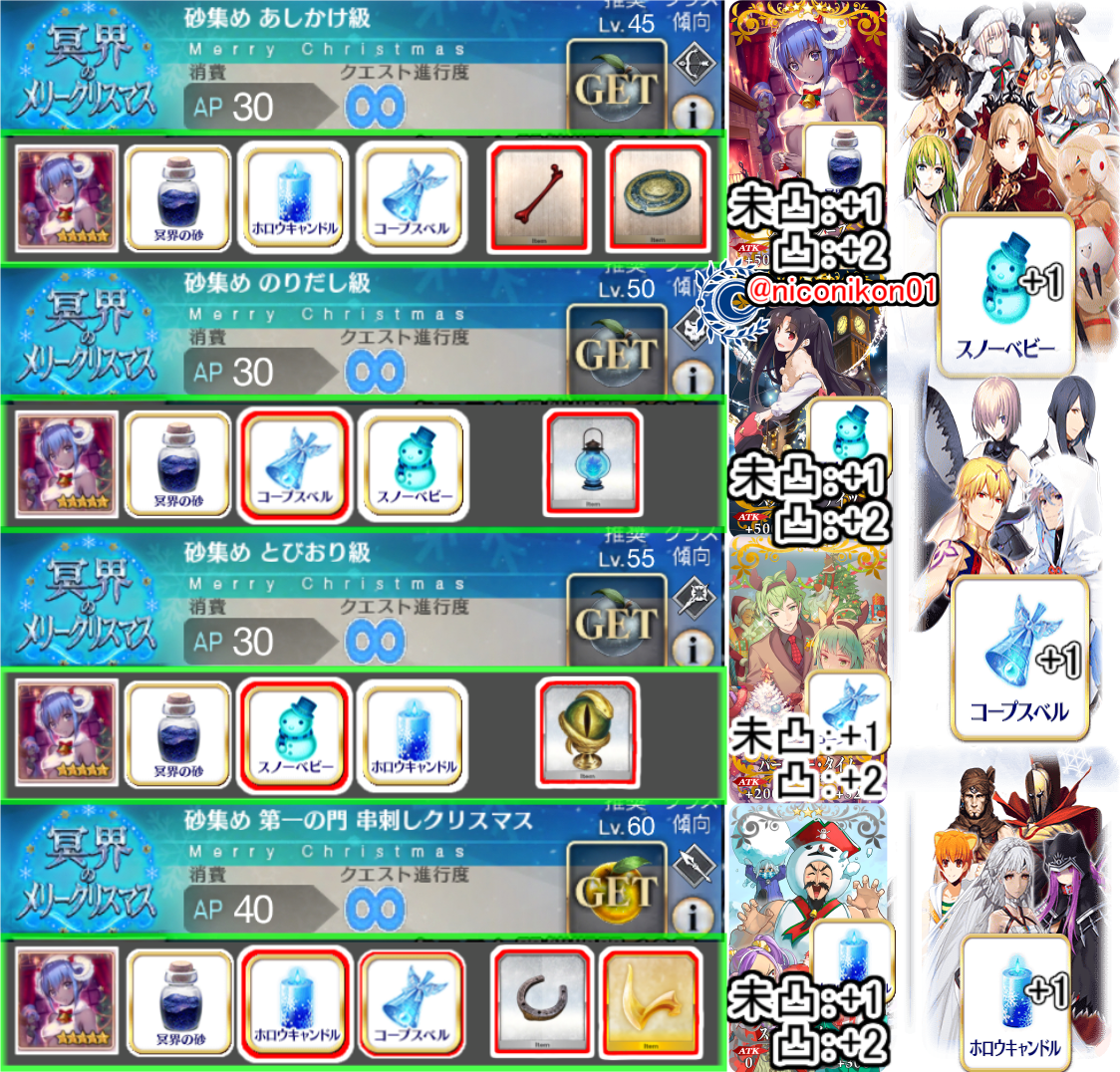 During the event period, all Main Quests from Fuyuki to Babylonia will cost 1/2 their usual AP, on top of the permanent 1/2 AP for these quests. This means they effectively cost 1/4 of the original AP needed when they were originally released.

The following two Interludes were added on 22nd December 2017.

(More information and details at Game Updates/JP.)
Temporary Servants in My Room:
It is now possible to host Temporarily contracted servants in My Room using the My Favourites feature. They will disappear after the event if they are not made permanent.
Search Priority:
You can mark Servants and CEs as priority so they appear first regardless of your filters.
Event Bonus Servants:
Event bonus Servants will now have an icon in the party setup screen displaying their bonuses.
Spirit Graph Zoom:
You can now zoom in on Servant Portraits.
Invincibility Animations:
Animation effects have been added to: Evade & Evade Pierce and Invincible & Ignore Invincible
GUARD and MISS:
The GUARD effect has been added to show when a debuff has been resisted, like through Magic Resistance, over simply MISSing.