This article is about the Limited 5★

, Miyamoto Musashi. For the limited 5★ 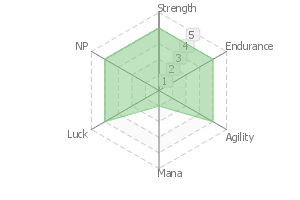