Observer on Timeless Temple is the first story arc of Fate/Grand Order.

AD. 2017
The last era in which Magecraft still existed.


Society was created by human hands, but Mages grasped the truth of the world. Magecraft is comprised of techniques from past humans that cannot be explained by science, while science encompasses the techniques of future humans that Magecraft cannot achieve.


Researchers and scholars of both Magecraft and science have been gathered to maintain human civilization.


The organization has continued to churn out splendid achievements, and thanks to Chaldea, the continued history of the human race was ensured up to 100 years in the future.


Without warning, the future domain recorded by Sheba vanished.
Calculations identified proved the extinction of humanity in 2019.

Why? How? Who? By what means?
The researchers of Chaldea were perplexed by these questions.


Then, Sheba detected a new abnormality.
AD. 2004. A certain provincial town in Japan.
For the first time ever, a region that could not be observed appeared.


Assuming that this was the cause of humanity’s extinction, Chaldea carried out its sixth experiment, though it was still untested.
Time travel into the past.
A forbidden ceremony where they would convert Mages into Spiritrons and send them back in time. By intervening in events, they would locate, identify, and destroy the space-time Singularities.


They called the mission the Quest for the Holy Grail: Grand Order.


This is the title for those who would make a stand against human history, and battle fate in order to protect humanity. 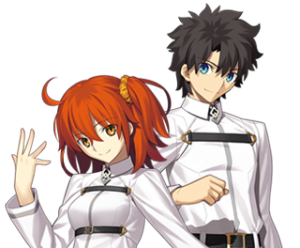 A “novice” who was named a Master candidate at the Security Organization for the Preservation of Humanity (Chaldea) solely to fill out ranks. In order to fix the madness of human history, they use the Heroic Spirit Summoning System Fate to summon Servants and search for the seven Holy Grails (Grand Order). 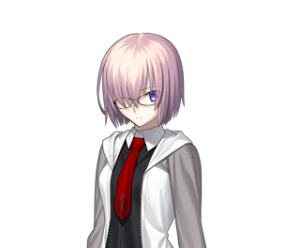 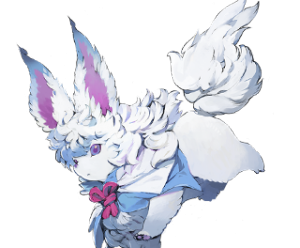 An adorable animal that the main character encounters along with Mash. Apparently, Fou has the freedom to wander all over Chaldea. 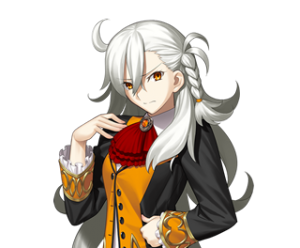 The director of Chaldea and member of the Animusphere family, known for their prowess at Magecraft. Monitors the future and tries to avoid the extinction of humanity in 2017. 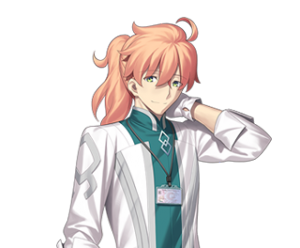 A doctor working at Chaldea. In charge of monitoring the health of Master candidates. 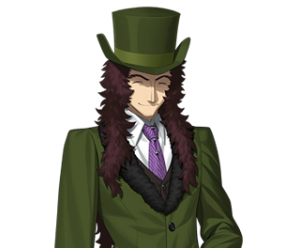 Friendly young man the protagonist meets at Chaldea, as well as the Mage who created the Near-Future Observation Lens: Sheba. He would sacrifice everything to protect humanity...