From the 20th May 2017 on the Fate Grand Order USA Facebook page [here], users were prompted to spread the word of FGO's release and accumulate 30,000 likes in exchange for rewards upon the release.

The players response exceed expectations so they extended the campaign up to 50,000 likes.

This campaign was successful and anyone who started the game before August 1st 2017 received the rewards listed below. 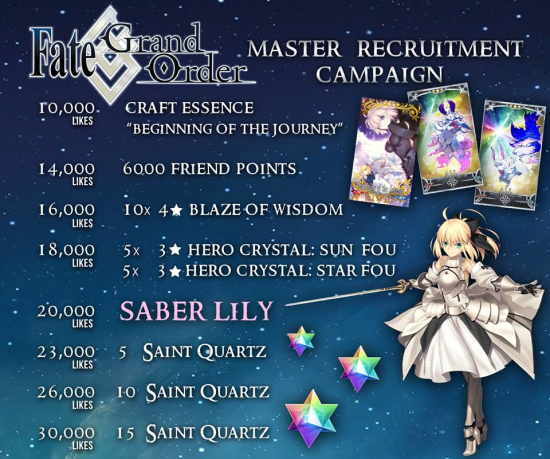 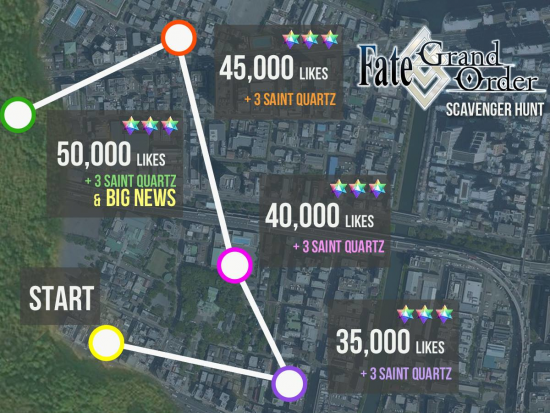