This article is for the 4★

version of Ryougi Shiki. For the 5★

Upgrades after Rank Up 1. Released during The Garden of sinners x Fate/Grand Order Arcade Collaboration Event Commemoration Rank Up Quests. 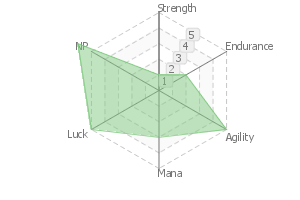