After the CCC Event, an

The management screen for Support can be accessed through the Formation Tab of the Main Menu at the bottom, then click the second button for editing your own support servant layout.

After clicking that button from the Formation Menu, it will look like this : 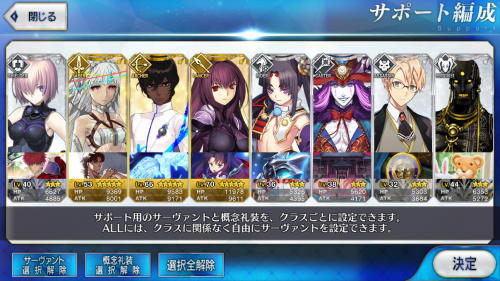 In your support formation screen, there are 3 important aspects :

There are total of 3 buttons at the bottom of the screen, excluding the "Confirm" button which saves the changes made. 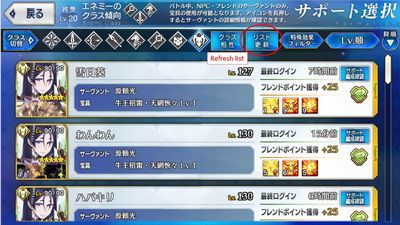 After making any changes, make sure to press the "Confirm" button or the changes will not be made.