Difference between revisions of "Ereshkigal" 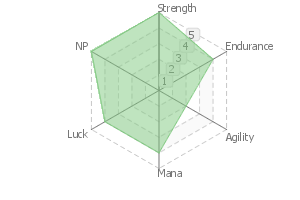 During her NP animation, there is a chance for First Hassan and/or Medjed to appear on the cliffs in the background.
Retrieved from "http://grandorder.wiki/index.php?title=Ereshkigal&oldid=91352"
Categories: